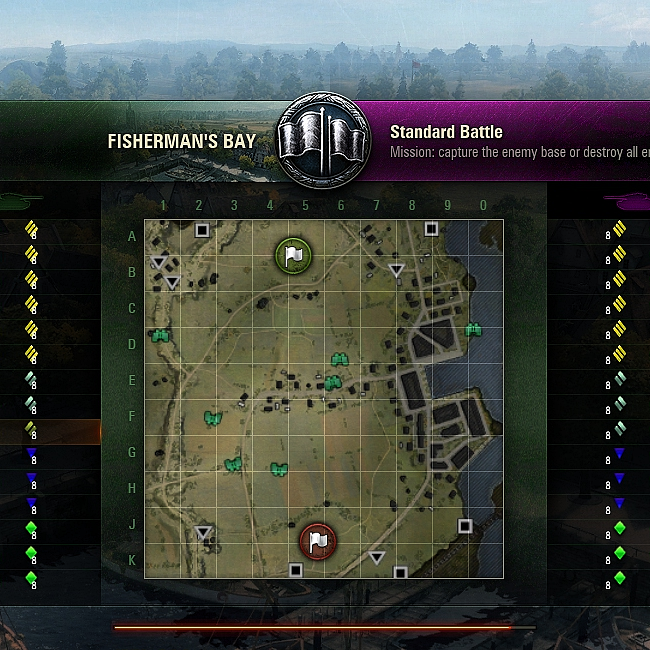 -Added all new updated HD Minimaps for Map Base

-Reworked All maps with all new Icons

It shows on the Battle Loading screen the best strategic place to set up and will show on your Mini-Map In Battle by using the Arty , Td  & Passive Scout icons. You don’t  have to try to remember where to go any more. You can use this for “Counter Battery” or  You can set up your Arty , Td  & Passive Scout in these spots. The icons are not to bold just enough to see them on the minimap. This mod is great for Clan Wars and Easy to install.

NOTE : You must have General Game Setting “Tips on the Battle Loading Screen ” set to MiniMap ,Example shown in 2nd picture below 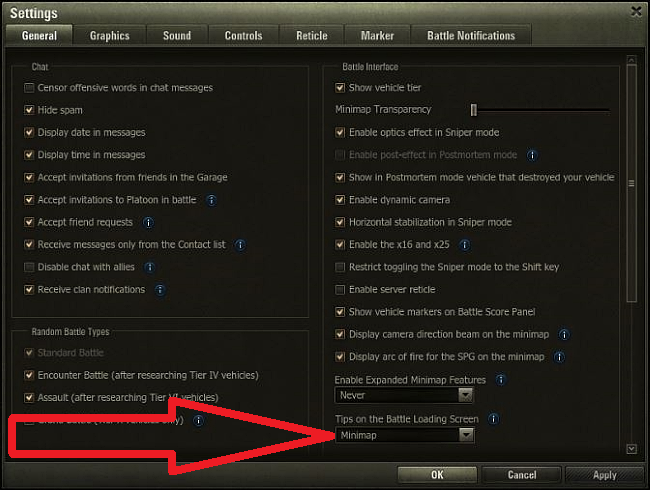 This site uses Akismet to reduce spam. Learn how your comment data is processed.

This website uses cookies to improve your experience while you navigate through the website. Out of these, the cookies that are categorized as necessary are stored on your browser as they are essential for the working of basic functionalities of the website. We also use third-party cookies that help us analyze and understand how you use this website. These cookies will be stored in your browser only with your consent. You also have the option to opt-out of these cookies. But opting out of some of these cookies may affect your browsing experience.
Necessary Always Enabled

Any cookies that may not be particularly necessary for the website to function and is used specifically to collect user personal data via analytics, ads, other embedded contents are termed as non-necessary cookies. It is mandatory to procure user consent prior to running these cookies on your website.